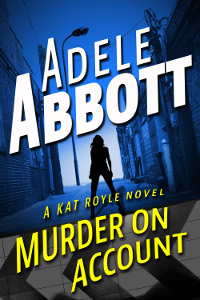 My boss has been murdered and the police think it’s a burglary gone wrong. His daughter doesn’t believe that and neither do I.

Kat Royle had worked for RK Investigations for some years when her boss, Roy, was found dead in his home. When his daughter asks Kat to take over the agency and to find her father’s killer, she doesn’t hesitate.

Originally from ‘up north’, Kat now lives in Lewford on the south bank of the River Thames. Surrounded by a whole host of quirky characters, Kat is streetwise and no one’s fool. Over the years, she has had a number of run-ins with the police who have made it clear they would prefer she kept out of their way. Some chance.

While she tries to track down Roy’s murderer, Kat also has to juggle a number of other cases. She soon realises that she is going to need help. Enter Zero, a young man who assures her that his days as a hacker are behind him.